The Association for Language Awareness (ALA)  was founded on 12th April 1994 by the following people: 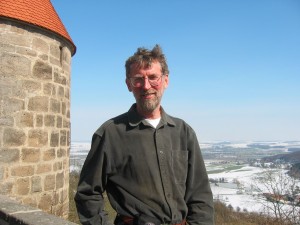 With great sadness we learned that Prof. Leo van Lier passed away on December 23rd 2012.

Prof. van Lier was one of the original members and founding fathers of the Association for Language Awareness. He became a member in 1992 and was on the Editorial Board of the journal « Language Awareness » from the start until November 2012. His contributions to our association will always be remembered.

Prof. van Lier dedicated a huge part of his life to the field of language teaching and learning and published widely in areas that included the theoretical framework of educational linguistics, second language acquisition, pedagogical grammar, computer-assisted instruction, discourse analysis, and bilingual education. Leo van Lier was also the editor of the Modern Language Journal.

His special focus was on language awareness, ecology of learning, authenticity, identity, and socio cultural theory. His work was innovative and crucial and it will remain a major force in the discourse of Language Awareness.

From 1986 until 2012 Leo van Lier taught at The Monterey Institute of International Studies. Before that he taught at the University of Northern Iowa, in Britain, and Peru as well as in Mexico, Scandinavia, and the Netherlands.

Leo van Lier was an international, multilingual and multicultural scholar who gave lectures and workshops in Dutch, English, Spanish and German around the world. He was a dedicated visiting professor in many universities around the globe.

Quite a few of us who had the joy to cooperate with Leo remember that whenever he spent time with us, he would run every morning, also on cold and foggy days and coming out of the fog he would just smile.

Leo’s down to earth and mellow manner made him an exceptional, special and human colleague.

The committee and all the members of the Association for Language Awareness will miss his dedication to the teaching and learning of languages, and in particular to issues related to language Awareness.

Nobody can express this better than Leo himself:

« Language is as important  to human beings as water is to fish. Yet, it often seems that we go through life as unaware of language as we suppose the average fish is of the water it swims in. … Language awareness can be defined as an understanding of the human faculty of language and its role in thinking, learning and social life. It includes awareness of power and control through language, and the intricate relationships between language and culture »

Our thoughts and sympathy are with his wife Aida and his two sons Jan and Marcus and their families.

Leo, we are sad you left us but happy you were with us.
You will always be our dear colleague and friend.
Thank you for your thought provoking ideas, interesting talks and theoretical input.

Carl was a Professor in the Linguistics Department in Bangor, North Wales. His ideas developed in a beautiful environment. He worked in an impressive office with a fireplace, high ceiling and window, armchairs, bookshelf with glass doors, which overlooked the centre of Bangor and the entrance to the Menai Strait. He started working in Bangor in the late 1960s, where he built his career, learnt Welsh, and made his home.  Although Carl’s interests and research activity in applied linguistics always encompassed a good range of areas, he is particularly associated with his work on Contrastive Analysis, Error Analysis, and Language Awareness. It is fair to say that Carl pursued Contrastive Analysis longer than many others did. He was very aware of this, and would quote what a reviewer said of his landmark monograph Contrastive Analysis (Longman, 1980): ‘Many people could have written this book, but only Carl James did’, attesting to his acumen and perseverance with that topic.

It is hard to do justice to Carl James’s numerous great qualities. There are many words that come to mind – for example, well-informed, inspiring, generous, empathetic, constructive, critical, kind and entertaining.  Those fortunate enough to have been taught by Carl have so often praised his teaching sessions as being at the forefront of his discipline, challenging, enjoyable, and delivered with energy, clarity, and never short of humour.  And to those who aspired to be teachers themselves, he was a paragon of pedagogical expertise.  His teaching has been much admired by many cohorts of students.

Whether taught by Carl or not, we have all enjoyed working with him. At ALA conferences, he brought quality research and engaging ideas that fired us off into new and promising directions. And he was always a fully participating listener when attending papers presented by others, asking insightful questions, offering helpful suggestions, and greatly enlivening the discussion.  If you were presenting a paper, it was always great to have Carl in your audience.

Alongside all this, we have fond memories of his sense of humour, his witty comments, amusing anecdotes, his sense of irony, and at times absurdity too. There are too many stories to mention more than one or two here of course. Carl came from a solid working-class family in Derby, and he used to like to tell us about how, after he’d started his job lecturing at Bangor, he would sometimes go home to Derby to visit his parents and his father would always ask him ‘When are you going to get a proper job, Carl?’ Apparently also, in these early days in Bangor, Carl had a brief dalliance with being a sailor and bought a boat for sailing in the waters of the Menai Strait. Sadly (perhaps), this did not last too long as a great storm came along and swept the boat away one day and it was washed along down the coast on the beach of neighbouring Llandudno (we think). Fortunately, Carl was not in it at the time, and also fortunately, he hadn’t given up his day job.

We take comfort in the fact that, in one sense at least, Carl will live on as future students read, appreciate and are influenced by his work, even if they will not be fortunate enough to meet him and benefit from his engagement with their work.

All of us appreciated the way he went out of his way to make new members feel welcome in our Association. At the recent ALA conferences, which he has been unable to attend, he has been sorely missed. 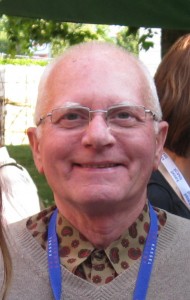 Our sympathy goes out to his wife Beti, his daughter Deborah, his granddaughter Alys and and his brother George.

Carl James will never be forgotten!